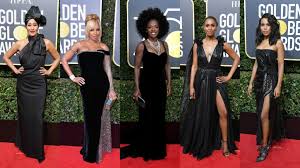 The overwhelming display of solidarity from Hollywood’s elite at the Golden Globes speaks volumes about the courageous willingness of women who refuse to adorn silence in response to the decades of sexual harassment and assault which has plagued the entertainment industry.

As affirming as the aesthetic show of collective strength and solidarity is to the psyche of generations of women who have survived the horrors of having been victimized by an all-too commonplace American culture of violence and subjugation of women…one wonders aloud:  are the social media fueled attestations of #MeToo and the uncompromising cries of #TimesUp enough to affect the necessary change in the trenches?

The schools, workplaces, grassroots communities and industries where women have too-long suffered the deleterious effects of sexual assault have certainly been made privy to the increasing popularity of these growing sentiments denoting that a ‘change is gonna come’, but in the real and final analysis, there is little hope that widespread change is even impacted by the temporal and popular nature of a trending ‘movement’ – without an equal impact upon education and behavior.

Alas, it is incumbent upon the women who have so eagerly embraced these courageous movements to ensure that our daughters, those destined to inherit the legacy of a society in which their mothers were viewed in the context of our objectified sexual forms and/or as victims lacking agency, are empowered to choose an alternative path of justice in opposition to the mantra of silent suffering, which was pre-destined for us.  As Oprah so eloquently referenced in her widely heralded Golden Globe acceptance speech, the long-suffering exemplar established by Recy Taylor and Rosa Parks who fought for justice, albeit in vain, must not be a vicious cycle repeated by young women who have yet to mature and/or encounter sexual assault as a norm.

Rather, it is much more fitting that these meaningful and trendy movements morph into a teaching tool to empower explicit instruction on a woman’s divinely ordained right to protect our temples and duly respond to sexual violence, with the same degree of self-defense that we address other forms of assault.  In this manner, #MeToo and #TimesUp advance much more than a powerful aesthetic image of feminine solidarity, but promote an authentically empowered paradigm of freedom, justice and equality to impact lasting change.

On January 2, 2018, news of the miserable, freezing, flooded and uninhabitable conditions of Baltimore City Schools was an all-too familiar scene for countless urban school districts.  The scene of brilliant, innocent children bundled up in coats, hats and gloves as they huddled with bowed heads in the classroom, mirrors similar, infuriating scenes often necessitated in Detroit’s dilapidated public schools and reflects an unacceptable reality of the continuing mis-education of Black students and increasingly separate and unequal public schools in America.

As recently as September, 2016 in Detroit, the world watched in horror as the state of Michigan was sued for its’ gross violation of the 14th amendment’s equal protection clause and accused of having excluded urban students from a right to education/literacy amidst images of mold and vermin infested classrooms.  While in Baltimore, according to vehement, outraged social media posts from teachers and students, inclement weather conditions contributed to the pipes bursting and heating failure during the course of the recent holiday break.  The Baltimore district claims to have been prompted to survey schools for the presence of unheated buildings, and flooded classrooms.  Yet, despite their non-existent or cursory ‘review’ of safety conditions, schools still opened.  When buildings were discovered to be unfit, staff was forced to corral herds of students into the limited heated areas of cafeterias and libraries.

Wow, what a transparent way to welcome back educators and students than to remind them of how low on the totem pole of priorities, schools actually are to the American value system.  Happy New Year ‘you filthy animal’ is the sentiment that comes to mind.  Clearly no authentic teaching or learning can conceivably take place in such an environment.  Why then are educators and students forced to endure these conditions? What other institution or profession is so disregarded and undervalued as to allow this inhumanity?!

Given that states like Maryland and Michigan have proven themselves ill-equipped to ensure equal educational opportunities to ALL children, it is incumbent upon the federal courts to intervene, via the precedent set in Connecticut, to order an immediate overhaul to public education as a means to mandate the fulfillment of each state’s constitutional duty to provide an education to urban students, by respective state government officials.

Alas, America’s inferior educational offerings are age-old, particularly where Blacks are concerned, and are not merely limited to the institutionalized racism fueled realities of:

Please be collectively forewarned that educators, particularly those of us who have intentionally committed the entirety of our careers to urban school districts, are incensed and otherwise pointing an unforgiving finger of blame, that in the dawn of the year 2018…separate and unequal is STILL the norm in American schools.  Enough is enough – do not even begin to address other forms of the righteous, universal struggle for freedom and justice in society, if our children are continually forced to be relegated to second-class citizenship and our schools are merely bastions of ineptitude and neglect.

In the wake of the heartbreakingly depressing demise of Erica Garner Snipes, the fearless revolutionary-activist daughter of our fallen brother, Eric Garner (who was murdered in 2014 via a merciless NYPD chokehold as he uttered the fateful and final words…”I can’t breathe”) – it is important to weigh the supreme costs of fighting for our own freedom from oppression.

The tragic irony of potentially losing a valiant, 27-year old freedom fighter who galvanized a grassroots force against police brutality in honor of her martyred father, is not lost on a people stunned by the tragic loss of so many of our best warriors – our youth – in arguably the prime of their promising, young lives.  This tragic turn of events does beg the question of:  how long must Blacks continue to pay the supreme sacrifice of losing our precious lives in the God-given and righteous quest for liberation from the evils of White Supremacy?

The multiple ways in which racism manifests in America – whether as racially profiled inspired violence by police, institutionalized discrimination, countless racial micro-aggressions or socioeconomic disadvantage – all have unique, detrimental effects on the mental and physical health of the oppressed.  According to Grier & Cobbs, “Blacks bent double by oppression have stored energy which will be released in the form of rage — black rage, apocalyptic and final”.  Yet, until this culminating moment, the psychologically harmful and deleterious effects of racism and institutionalized oppression have increasingly contributed to our own demise as a people.  The resounding conclusion is a sobering reminder that ‘Freedom ain’t Free’…

In Erica’s case, the weight of bearing the grief-stricken loss of her father’s life compounded by the daily stress of selfless, activist driven, freedom fighting on our collective behalf have taken a collective toll on her fragile health.  In many ways, an irreparably broken heart is as much at fault for her present health condition as is the life-threatening asthma leading to the massive heart attack which has reportedly left this young wife and mother brain-dead in Brooklyn, NY’s Woodhull Medical Center.

The fact that the Garner family must, once again, bear the loss of a loved one’s life for simply being FREE?…is an unthinkable pattern that must no longer be perpetuated by those of us who valiantly fight for liberation.  We must not allow the price of freedom to equate to sacrificing the very lives of our freedom fighters. 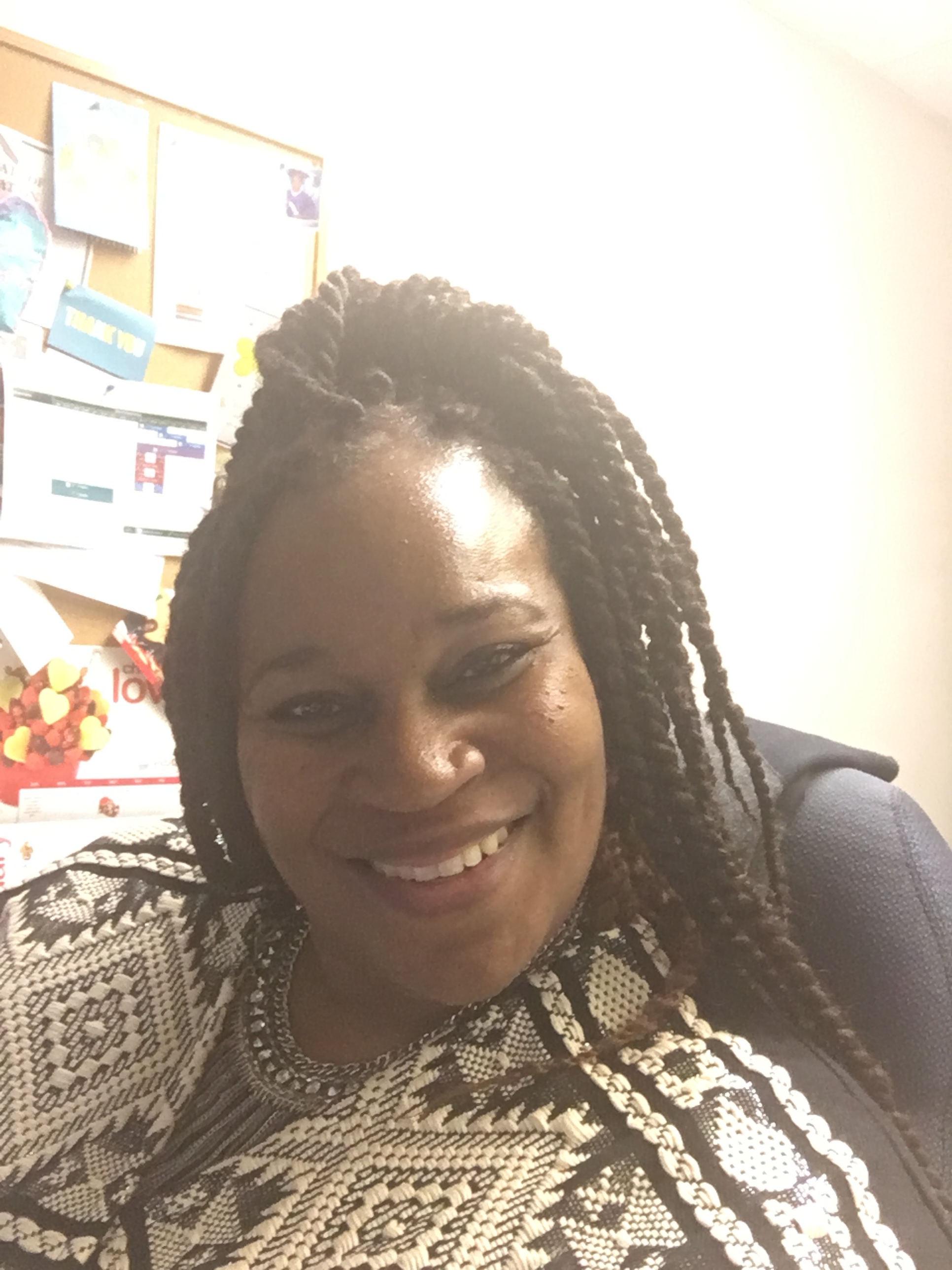 The 24 hour news cycle and proliferation of social media messages, images and conflicting information on the topics which matter to me – social activism, politics, global affairs, education, urban life, family, and love – requires that there be a voice of uncompromising candor to speak for me.

My reality is that of an educated, Black Woman who is a thinker, writer and grassroots community activist.  These posts reflect my own personal opinions and unique worldview. 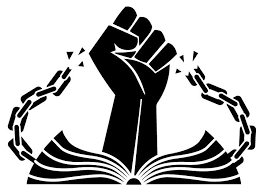 Educate to Liberate LLC is proud to advocate for social justice and to advance knowledge through research, innovation, digital learning platforms and trusted, valued partnerships.