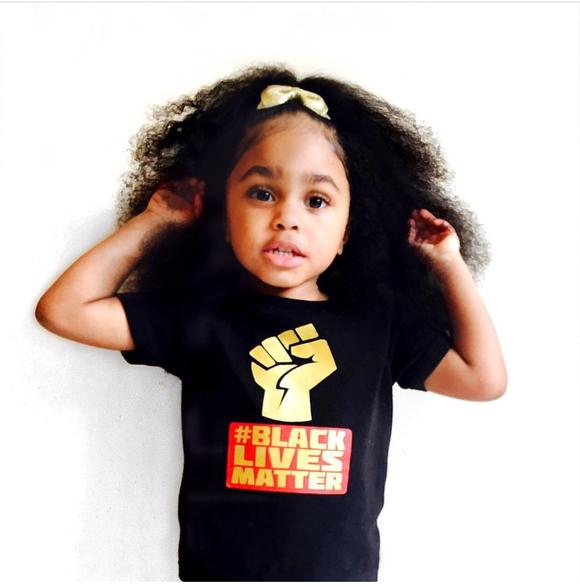 My early childhood was marked by a series of ‘charmed’ life experiences. From being born in Ann Arbor, MI on the University of Michigan campus where both of my parents matriculated – I have always intimately known education and its surroundings. My Mother, then a journalist and my father a social worker (both parents were young activists), had an indelible impact upon my early life. Early photos and many childhood stories revolve around my eldest brother Damon and I living with our parents in the university’s married housing complex and attending countless U of M football games (my Dad played for the legendary Coach Bo Schembechler). When we weren’t in school, we attended classes with one or both of our parents and played outside with our young college family neighbors or spent time with an entire cadre’ of extended family and friends. In this memorable era (the early 70s), all of our friends were like extensions of family and I recall that the twins – our youthful playmates – were willing counterparts in many fun ventures. Likewise, I remember being in and around the ‘Movement’, as my parents assumed an active lifestyle of engagement with other social activists. So we often hosted company at our own home or were frequent guests in the homes of others who were like an extension of family. Basically, I can remember sharing the company of countless Mama’s, Baba’s, sisters, brothers, friends and essentially an entire community of extended family L-O-V-E, in the most authentic and natural sense.

With such a strong foundation it is no wonder that I grew up with an extremely high sense of ‘self’ and an outspoken, bright and loving personality. In general, I have always been described as both a bossy and sweet and I can only hope that these characteristics have appropriately tempered or flourished throughout my lifetime. Though my brother Damon was two years older and by every account, more social, mild-mannered and even tempered than me – he readily consented to playing ‘school’ and even taking orders (of the general playtime nature), from his younger, spirited and outspoken little sister. And even though the traditional sibling ‘battles’ of wills did occur from time to time, between the eldest two and my younger brother and sister (by the time they were born), for the most part there are only good childhood memories punctuated by love. Admittedly, I smile at the picturesque memories of Mama’s fragrant baked goods – her specialties were peanut butter cookies and homemade rolls – as well as the happy, playful Univ. of Michigan days and the warm, cozy, revolutionary strategizing or game-centered nights with my idyllic family unit. Little did I know, the peaceful pleasures of such a youthful innocence and life were soon, regretfully to be replaced with the harsh realities of the world’s depravity and dysfunction – in the form of racism.

For the Black child in America, our identity begins in a vivid knowledge of “who I am” through the lens of the generations of men and women, who were our predecessors. So many of us determine our worth, develop our understanding of life and form a sense of self from our grandparents, parents and through our early life experiences. A thoughtful analysis of my earliest life experiences contributes to my profession as an educator and undoubtedly impacts my unique worldview as a justice-driven activist and freedom-loving woman of African descent. My core worldview stems from the distinct way in which I was raised and includes a unique combination of beliefs forged from my ancestral lineage, my parents’ teachings and my own value system as developed in adulthood. Indeed, my unique family background is the most significant component of the fabric, which drapes my unique worldview. The most memorable story of my family history and lore provides the backdrop for the foundation of my worldview – my admitted justice-driven and freedom-loving persona. The most poignant example of this is the vivid story of survival featuring my maternal great-great-Grandmother, Mary Ella Gardner, a fearless woman of full-blooded African ancestry, whose very life was saved by the sheer power of her words.

Born in 1890, in Grenada City (Copiah County) Mississippi, my Grandmother prided herself on “paying her way” for the daily survival and expenditures of her family despite her legal ‘sharecropper’ status. Therefore, when faced with a ‘fabricated’ general store debt once the time arose for her to be paid for more than a year of hard earned Mississippi labor, Grandmother vehemently accused the landowner of theft. Such an accusation was undoubtedly taboo and this man subsequently vowed to return (and to do so with the intent of furnishing an alternate, more deadly, form of payment). The next morning when faced with a racist, murderous lynch mob, Grandmother used both her quick wit and razor-sharp tongue to escape certain death by slowly bringing her right hand to her bosom and proclaiming “…Now, you take one mo’ step towards me and you’ll step to HELL this morning”. The two held one another in a steady gaze for a few pregnant moments and then as quickly as the mob had descended, they were gone. This historic event prompted my entire maternal family to escape from the degradation of the south to the north (specifically to Detroit, MI) unscathed. Ultimately, Grandmother went on to enjoy a peaceful, well-earned and fulfilled existence for many years until her natural death in Detroit on December 9, 1967 (years before I was even born).

Needless to say, since it was both her fearless persona and the sheer, powerful words of my Grandmother, which protected my family legacy and lineage. I have always had a distinct respect and reverence for the power of words as well as for freedom, justice and equality in general. This rich, historical background is now a part of me, and because my unique worldview was formed unconsciously and inherited from my strong ancestors who left an indelible impact; now as an adult, I am required to intentionally synthesize my family history and my various beliefs to reap present-day significance. From the framework of transformative learning, a relational, dialogic approach to my family legacy means that I must realize that “through critical examination of themselves, we provide the context for transformation; the exploration of alternative understandings of how one sees the world and their roles within it” (Cranton, 1994). Thus, the formative learning, which occurred in my childhood, collectively informs my identity, cultural values and present-day reality.

My parents have likewise had a powerful impact upon my worldview. As the product of two highly literate, college-educated parents who fell in love, married and reared two of their four children while engaged in their own undergraduate and graduate pursuits at the University of Michigan campus upon which I was born, my childhood was blessed. My earliest childhood memories are filled with a host of positive experiences including being read to from both traditional bedtime stories to unique African fables, which always contained a moral. The lessons of these stories resonated much more than the titles themselves and I retain fond memories of learning the virtues of honesty, self-love, responsibility and self-sacrifice for the good of mankind. These are core values and cultural character traits that somehow, still resonate with me today. As I move to synthesize this early template into present-day significance, I am affirmed by the positive memories. However, I am also mindful of Sorokin’s acknowledgement of the cultural crisis of our time and that “no fundamental form of culture is infinite in its creative possibilities, but is limited” (Sorokin, 1992, p. 22). This means that in order to maintain value, my cultural foundation must be transformed to reflect a logical, rather than emotional, form of decision-making.

A practical example of one of the many ways I must now learn, as an adult to select, identify, prioritize, reconstruct and rehearse adult beliefs is to be more tolerant of the world’s injustice. In fact, Mezirow refers to adult development as “an adult’s progressively enhanced capacity to validate prior learning through reflective discourse and to act upon resulting insights” (Mezirow, 1991, p. 7). This means that I must struggle to work in a largely flawed pedagogical system that places little to no value on the widespread academic growth of all students. Society may find multiple ways to rationalize the institutionalized racism of disparate educational funding through state and local taxes. Therefore, I must appropriately channel my revolutionary activism and launch an otherwise silent, ongoing and seething protest to this reality, by doing my very best to counteract injustice in a rational, targeted fashion. This propels my work to decrease the widening achievement gap in the most high-needs schools as an effective educator. Thus, while my desire to teach and conscious choice to work in social justice is undoubtedly a direct outgrowth of my early template. My reasoned contribution to teaching in a flawed, unequally equipped system is to raise student achievement, in spite of the insurmountable odds, by any and all means necessary.

Given that my parents were well-read, outspoken campus activists who were active participants in both the Black Student Union and the Black Panther Party during the late 60’s, my elder brother and I were made privy to countless Pan-African, community activist events where we observed revolutionary lectures/activities taking place. Many of my early childhood memories occurred in an idyllic setting and were crafted to teach the values of other-centeredness and strong community connections. Because the context of this real-world education was received in the comfort of a middle-class setting (a college campus) at the hands of two conscious, college educated parents; I feel required to make an extra effort to relate to students with less than ideal backgrounds, in order to build the mutually respectful relationships. This means that I must incorporate my pro-Black consciousness and middle class experiences, avid community activism, proud Black Nationalism and self-avowed revolutionary leanings on behalf of the downtrodden masses of my people through my career as an educator. Thus, the vivid portrait representing my early template, now relevantly takes shape as both an ideology and inspiration in my enhanced, adult decision-making capabilities.

Clearly, throughout my development, my earliest life experiences significantly influenced my unique worldview in countless ways. Indeed, from the way I have prospered as a student throughout school; to my inherent love of reading, speaking and all things written; even to my present career as an educator – my core ethical framework and unique worldview is a direct by-product of my lineage, and early belief system. The practical application of my early template and worldview is to live a life of integrity. Ultimately, as I incorporate the full summary of my early template with my work as an educator, I recognize that my path may well have been predestined by my early life experiences. Certainly my present-day worldview is consistent with values, cultural traditions and beliefs I inherited from my great-grandmother, parents and the values that I have adopted as an adult. I am admittedly grateful for my rich heritage, replete with the lessons and spirit of activism I inherited and the freedom-loving lifestyle that I presently embrace. I feel capable of divorcing emotion from my informed, rational adult decision-making and in retrospect I consider it an esteemed privilege to play a significant role in the development of literate, educated individuals. I feel that it is my supreme obligation as an educator and a fulfillment of my life’s calling to give back at least a portion of the ‘gift of a strong childhood foundation’ that my family so readily extended to me.