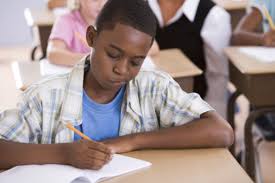 11 thoughts on “How Academic Testing is Racist”