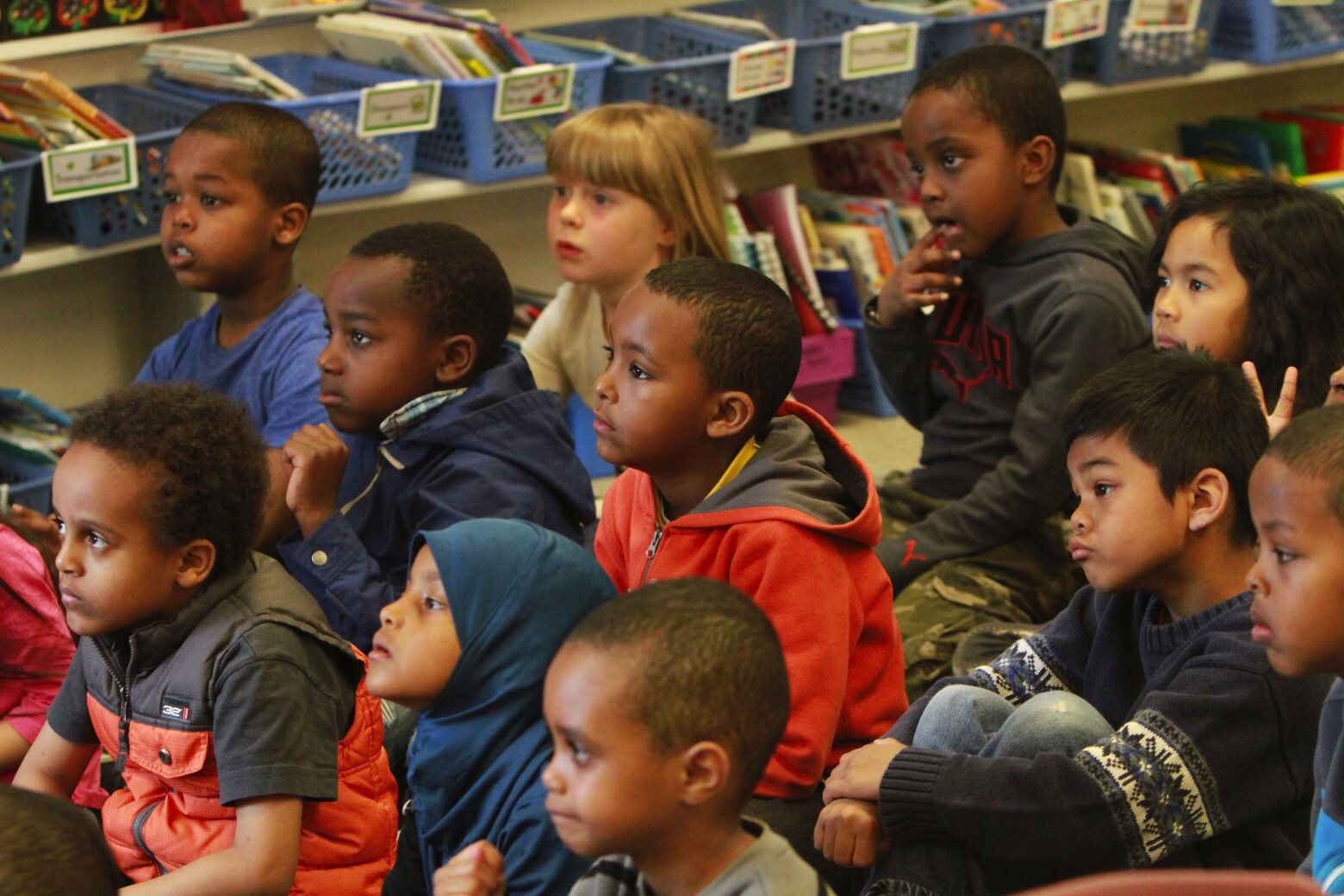 As the dawn of a new year and decade is on the horizon, I am so fortunate for the months of reflection and the meaningful catharsis that this blog has been in my life. Even during tumultuous periods of my life, when writing and maintaining this blog has felt like a selfish indulgence unwanted by my attention, rather than an outlet to share my heartfelt truths – I have always found affirmation in the thought that despite the noise of life and all of the many obligations involved in honoring God, family, work and community – I have done my level best in continuing to speaking truth to power re: my lifelong passion to dismantle the mis-education of Black students, wherever it exists and by any means necessary; and to consciously Educate to Liberate as a matter of urgency.

In this vein, I pen what will undoubtedly stand as a novel contribution to my always ready critique of white supremacy (and its willing co-conspirators), in the promulgation of institutionalized oppression in the hallowed halls of education. Rather, I am motivated to address head-on, during my annual observation of Kwanzaa and embrace of Nia (purpose) no less, the prominence of internalized oppression and Black self loathing in countless educators who are equally complicit, if not even more culpable, for their pivotal role in the mis-education of marginalized people and in particular their own Black students/children and young adults who comprise the next generation. But sadly, because it is not an enigma and does indeed exist as an embarrassing testament to all things unholy and vile within our condemnable system of education oppression . . . This post is dedicated to all the knee bending, head scratching, foot shuffling, self hating, racist apologists and feet don’t fail me now negropean or mentally enslaved brothers and sisters, who willfully propagate mis-education in Blackface.

In exposing the self righteous yet self hating bards of powerful position and lowly stature of mis-educating Black teachers, I don’t have to look too far back into my own personal history to lift up an egregious case study. This fact, in and of itself, speaks volumes of the prevalence of “hurt people, hurting people” and of the danger of Black teachers willing to use their proximity to Blackness and access to positions of power to dish out harm, in large doses, to countless classrooms comprised of malleable Black genius minds. In any case, about 5 years ago my daughter was enrolled in a popular, high performing magnet high school which requires all academically advanced students to be tested to obtain enrollment and to maintain above a ‘B’ average to retain one’s seat. The particular institution in question, Cass Technical High School is especially near and dear to my own heart, as it is my own beloved alma mater and until my family relocated to the East Coast during my teens, was the site of so many meaningful coming-of-age lessons. In fact, full disclosure, it was because of my own testimony of experience that I made little secret of my own personal preference when Jendayi had her choice of several accelerated local high schools when we relocated back from Brooklyn, NY to Detroit at the culmination of her middle school years.

Because of her history of academic high performance and love of school in general, it was no surprise (and in fact expected), that she would soon be enrolled in Baccalaureate or AP (advanced placement) courses in one, or more, of her core subject areas. Well, there was an instant love affair of mutual respect and high academic expectations cultivated in her language arts course, which assigned a seemingly limitless roster of required reading. But enrollment in her AP math course proved to be less rigorous. In fact, the course syllabus was rarely adhered to and the effeminate, Black male teacher reportedly spent the bulk of class time on his own cell phone while the gifted students were rather mindlessly engaged in silent, independent work. Having just moved from NYC and after being immersed in vibrant, rigorous Common Core aligned classrooms where teaching was reflective of active modeling, purposeful mini lessons and students had multiple opportunities to engage in practice, discussion and evaluative feedback – Mr. H’s classroom felt like a foreign prison staffed with an animated warden who picked favorites and used instructional time to fulfill his own whimsical behavior quirks. Needless to say, my daughter’s math performance and grades soon plummeted and this only exacerbated a hostile class climate-because this teacher regularly picked on/teased the students who appeared not to fully understand the lessons (on their own with virtually NO direct instruction), whilst openly favoring those who could boast of a natural math genius.

My daughter’s struggle to master the AP math course objectives and assignments was the least of her worries however, because this self loathing, mis-education wielding Black man had lasting damages to one’s self esteem and cultural pride in store. Adding insult to injury to the already dreadful classroom environment: peppered with Mr. H’s flagrant cell phone use, his significant praise for the (primarily) Black male students who “got the gist of the lesson” with zero effort on his part and with the frequent, inappropriate commentary he would make on the high school students’ fashion choices – somehow, someway the situation only worsened thus prompting my immediate intervention and that of an entire team of school administrators. Namely, as the teacher sought to personalize his class experiences, he asked students to participate in wearing throwback clothing on an upcoming day of the week to show their school spirit. Then, this cultural and gender challenged fool of a teacher commenced to arming himself with self hatred and publicly berating my daughter about her choice of attire on the day in question.

Ultimately, this power wielding, dangerous teacher ridiculed Jendayi in front of all of her peers for wearing African garb to school on the ‘throwback gear’ day in question. He laughed uncontrollably at one sight of her colorful dashiki and asked whether she had mistaken the throwback day as Halloween. Never mind that this is the same school where she proudly maintained a 3.75-4.0 for all four years and graduated in the top 5% of her class. When Mr. H clowned her for wearing an African inspired dashiki on a day when many of her peers chose to adorn 80s inspired baggy clothing instead, he single handedly opened the door wide open for cultural ignorance, high school bullying and ridicule and for self doubt and potential shame from a young girl who had grown up in a household, where she had been specifically taught to know and love herself (and to be proud and knowledgeable of her history). Needless to say – this was/is an unforgivable offense. Of course when my entire family arrived to the school, unannounced and threatening legal recourse while demanding his resignation and/or formal reprimand-he promptly apologized and was even ultimately defended by school administration who acknowledged that though his comment had been in poor taste we must insist that this married man of teenage daughters of his own (relevance? Tuh..) was a tenured, valued member of staff and that we should merely excuse his minor error in judgment.

Needless to say, the formal complaint was escalated beyond the school level to include personnel documentation at the district level. But alas, the damage was still done. My 15 year old daughter? Was in tears and inconsolable (as well as essentially untrusting of academic professionals from that point forward). Her 16 year old peers (my daughter was always a year younger than her classmates because of an early elementary double promotion), reacted with laughter and nervous, unspoken consensus that yes, cultural garb of any kind and the audacity of knowledge of self and pride in the same was worthy of general scorn and disrespect. No wonder an entire generation now sees fit to misuse cultural terminology like Hotep, a common Pan-African greeting meaning peace and regarded as a sign of respect to legendary genius God Imhotep, and the word has assumed a wholly negative connotation on all social media platforms and wherever it is used in modern context. The title is now almost universally regarded as a derogatory euphemism for being pro-Black. I guess this means it’s fair to say that one of the by products of Black teachers enthusiastically propagating mis-education in Blackface, is that self hatred is the norm and expected ideal for those under the age of 35. Sigh… So now that such palpable forms of internalized oppression have taken up residence in our cultural AAVE lexicon – it would appear that the die has been cast; the damage to our collective psyche-done and the conclusion re: mis-education-universal.

No matter the source, form or fashion . . . education as a tool of oppression leaves irreversible damage upon the Black, Indigenous and all other marginalized students it regularly impacts. Sadly, no demographic is unscathed from the effects of institutionalized oppression and as such, we are all equally obliged to engage in the conscious act of liberation. As for my daughter and her status you might ask? She is entering the final semester of her undergraduate tenure, soon to emerge as a well adjusted, spiritually and socially conscious environmental activist committed to engage in her life’s passion of averting the climate crisis and ensuring clean water sustainability for the people who are most at risk of oppression. She was irrecoverably shaped by overwhelmingly positive and a notable, few negative educational experiences as the one just described. Our family jokingly concluded that she would soon either be an attorney (as is her aunt, Godmother and several mentors; or a change maker, in her desired field of choice). Based upon her life trajectory, it would seem we weren’t too far from the mark. As for the inept teacher referenced in this blog post? Last I checked, and trust me I’m keeping tabs, he is undoubtedly still employed at the same exemplary institution, armed with the same soul crushing power in an AP Geometry or Calculus course filled to the brim with eager, idealistic and brilliant minds within his treacherous grasp. Trust me, the literal thought of this moves me from the stark emotions of profound sadness to violent aggression and neither outcome has dissipated with time. This only means that our Educate to Liberate efforts are all the more urgent in 2020 and beyond. Asé ✊🏿

2 thoughts on “Is It Still Mis-Education in Black Face? A Resounding Yes!”