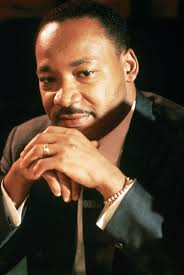 If each of us knew the ‘real cost’ of the federal observance of Rev. Dr. Martin Luther King Jr’s. holiday – perhaps we would collectively embrace the spirit of service and activism that justice truly requires.

MLK Day is significant not only for the larger-than-life martyr and Nobel Peace Prize winning freedom fighter we collectively salute and honor – but this hard-fought, annual third Monday of January observance is emblematic of a tradition of a struggle that proves that despite the seemingly insurmountable odds, righteous battles for freedom, justice and equality must always be fought and will ultimately win.

The timely request to honor Dr. King’s life came in 1968, just four days after Dr. King’s tragic assassination.  Still the MLK Day legislation, which was the brainchild of Rep. John Lewis (D-GA) and exhaustively introduced by former Rep. John Conyers (D-MI), was not formally signed into law until 1986.  Even after the long-awaited and successful passage of the federal holiday, many southern states still refused to acknowledge and/or celebrate the national holiday until the year 2000 when all 50 states finally consented to lawfully observing MLK Day in unison.

Clearly, the history of struggle to even actualize a meaningful day of service in honor of a Civil Rights legend offers many teachable moments.  Namely, that even racist US President’s are bound to subscribe to the will of the people, when forced.  Notoriously racist President Reagan reluctantly signed the MLK Day bill into law, because the external pressure to do so overpowered his personal ideology and politics.  Frederick Douglass wisely prophesied that “power concedes nothing without a demand”.  Likewise, change is often reflective of years of unrelenting persistence and selfless struggle to support a valiant cause – against all odds.

Thus, the lesson compatible with the MLK Day observance is to always maintain the spirit of service, activism and the internal fortitude to struggle against racism…because when we fight, we win.