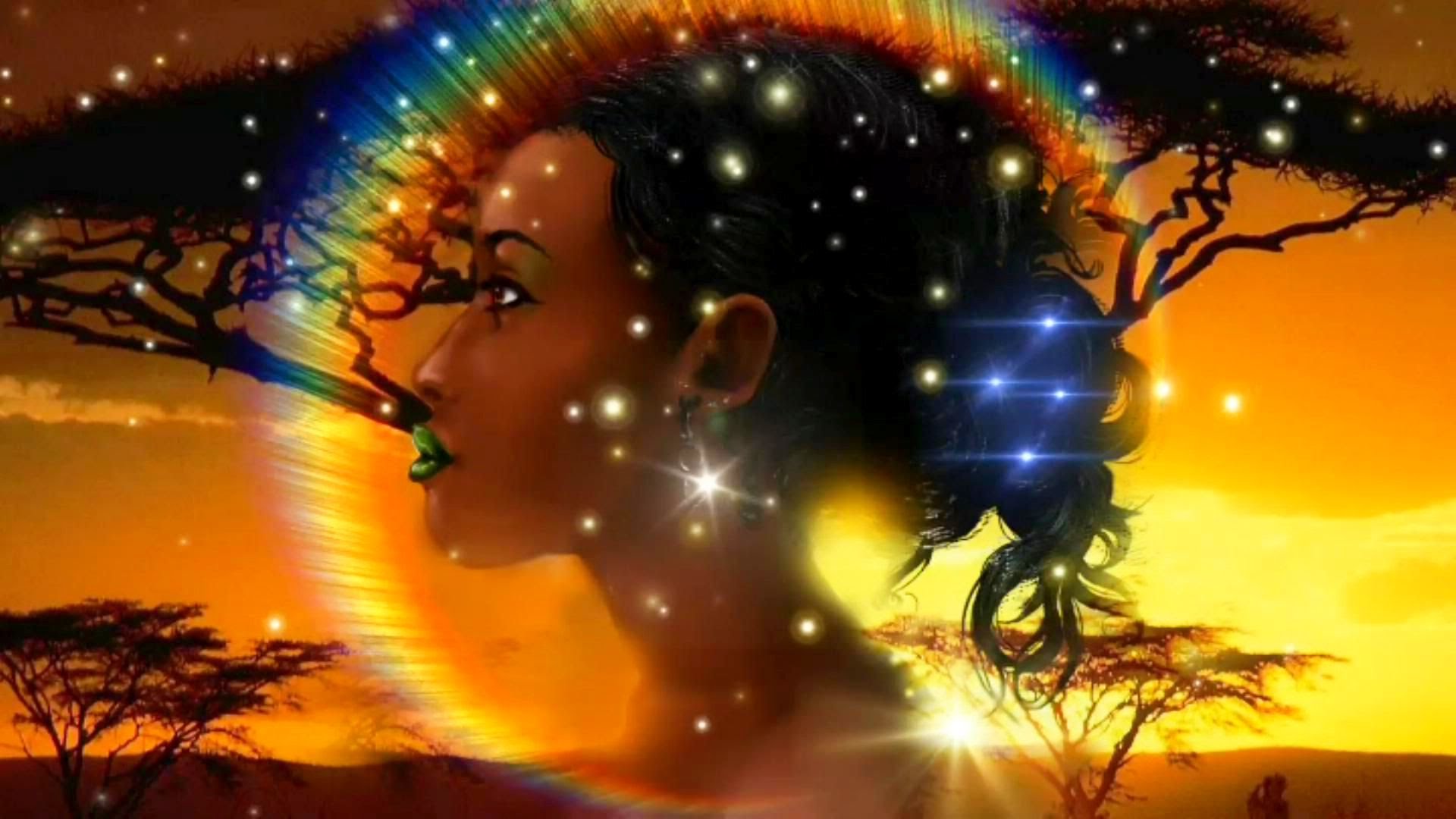 Religion is manmade and as such, inherently flawed. Despite addressing the seemingly innumerable soul and spirit devoid shortcomings of religion, I prefer instead to highlight that I am unashamedly and deeply spiritual and acknowledge my oneness with the divine source of life – God. Finally, years after having been raised as a devout Christian and then later having cultivated a healthy knowledge and love of the discipline inherent in Islam – I am proud to have wholly embraced and proudly raised my daughter to have a deep spiritual base and an equal acceptance of and respect for religious freedom. As such, my journey to African spirituality begins…

Though my life has spanned the absolute extremes of: periods of religious fanaticism; multiple Christian church inspired instances of ‘giving my life to Christ’ and baptisms; an abrupt, ideological rejection of Christianity and an eager embrace of orthodox Islam in college; a permanent, legal name change and spiritually affirming, African-centered name change ceremony; a hesitant yet spirit-filled and brief return to Christianity in young adulthood (but with an informed, discerning and inquiring mind – adoring qualities which the Black church generally frowns upon); an African-centered and decidedly ecumenical marriage ceremony which featured an idyllic commune with nature and was jointly officiated by a team (my A.M.E. pastor, revered members of the elected and Black Nationalist centered “Council of Elders”, AND spiritually uplifting, culturally inspired dancers/drummers), and a wedding ceremony, reception replete with ancient African traditions; only to determine (throughout my 30s and now in my 40s), that I am no longer a willing convert to organized religion, in any form. On the contrary, for the past 8 years or so, I have evolved to adopt a non-organized and much more fitting, affirming form of African spirituality – which I realize now was always implied in earlier, pivotal life decisions – and which, I pray, sustains me through the remainder of my unique life’s journey.

My increasingly intimate relationship with the divine source is strengthened through a unique combination of (previously learned and admittedly religious routines), including prayer, meditation, song, dance, praise and worship, charity, activism, physical exercise, work and using my life toward the fulfillment of the greater good. Yet, even in my heightened spiritual consciousness and innate joy of having grown closer to the divine, it is not lost on me that my unique African spirituality is yet another representation of the many ways in which my life differs from the accepted norm(s) of this society. Admittedly, my enlightened embrace of a powerful and affirming African spiritual base, also draws unfavorable judgments from some ‘holier than thou’ religious zealots (primarily among close family and friends), who consider it their obligation or self-appointed, pious duty to damn all who fail to subscribe to their myopic and various, un-enlightened forms of organized religion, most often expressed via the more popular routes of Christianity or Islam.

There is at least more widespread acknowledgement of other religious and spiritual paradigms in 2018. In light of a recent New York Times article highlighting Black people’s widespread abandonment of Christian Evangelical churches (and its corresponding White Supremacist ideology); and data reflecting the Millennial generations’ reticence to subscribe to virtually any of the traditional tenets of organized religion-I am convinced that a depth of spiritual growth may well ascend to a powerful universal movement. My own adoption of a rich, spiritual life in favor of organized religion, is a powerful testimony of my personal growth, an expression of Revolutionary faith, and a fierce acknowledgement of the divine. I am enormously blessed and affirmed to honor God in much more substantive ways at this stage of profound enlightenment.

Perhaps there are some who after reading this blog, would still reserve judgment and prefer to pray for my salvation and soul’s redemption as they struggle to fully comprehend my name, abandonment of organized religion, or unique form of African spirituality and all-encompassing praise. However, in my ultra peaceful household with strategically placed, ancient Egyptian/Kemetian symbols of life (the Ankh), and daily rituals which inspire prayer, praise, worship, joy, and most importantly, LOVE… I am at peace with my unique spiritual ascendancy to this coveted rank. I am interested in upholding the sacred tenets of divinity in my conscious, Revolutionary and purpose filled life which solely honors God and my ancestors than in being preoccupied with the judgment of others (who may unknowingly still be on their own, individual journey to spiritual fulfillment and spiritual enlightenment).