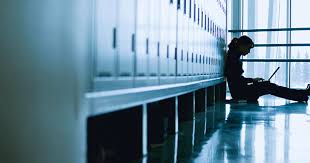 A popular presence of trauma informed educational movements tout themselves as the literal gold standard of school reform. Many are led by “pedagogical gurus”, who claim to be capable of healing what ails America’s overwhelmingly traumatized students. Never mind that these modern movements deceptively compartmentalize their professional development offerings or product lines at cost. Oh yes and the gurus? Well, they are primarily non-educators who seek to capitalize off the most recent #schoolshooting or cash in on the latest ‘EduPimpology’ trend. The similar thread tying all such movements together is the incredulous claim that their innovation is capable of addressing the growing divide between Blacks (and other students of color), whose academic and social needs are not being met through traditional means. Really? Where’s the wealth of qualitative research and scientific, statistical evidence to support the veracity of the claim that students’ traumatic life experiences can be effectively diagnosed and treated in the classroom? Please insert the chorus of cricket sounds here . . . Because of course, no such tangible evidence exists. There does exist a body of emerging research over the past decade, on the inextricable impact of trauma on students, thus popularizing trauma informed classrooms as education’s next best thing. However, based upon its disproportionate implementation in schools’ who adopt a one-and-done PD model (sigh) or those who serve majority Black populations, the trauma based pedagogical reform model largely inculcates a “we” v. “them” mentality, oppressively framing impoverished Black students as victims; and clueless, White teachers as saviors. In fact, one need only read the first paragraph of a recent NEA article quoted here, to attest to the harmful deficit mindset of educators who believe “What does normal mean? What we consider normal [may not be] normal for them. How many of our students sleep in a bed?” Really?! Please insert the eye-rolling GIF here.

Despite the absence of sound, intergenerational and cross-cultural scholarship and data to support the widespread implementation of #TraumaInformedPractices, this movement has taken hold of school districts and classrooms across the country, and in some cases with disastrous implications for Black students. According to a recent Education Week article “Federal laws on special education and poverty now encourage schools to use trauma-informed practices, and more than a dozen states have passed laws or created grants designed to encourage schools to explore the approach” (Sparks, 2019). All such reforms, schools of thought and mass movements are easily identifiable under a popular umbrella of catchy names “Trauma Informed Practices” “Social Emotional Learning” or creating “Trauma Sensitive Schools”. However, for all conscientious teachers committed to infusing anti-racism, social justice and culturally responsive and sustaining pedagogy (#AntiRacism, #SocialJustice, #CRSP) please be duly warned to exercise with extreme caution in embracing any/all ideologies which potentially exacerbate harm, especially for marginalized students, by reinforcing a #DeficitMindset about a phenomena which is, as yet untested and otherwise unproven to have currency and value to the population most at-risk of #Miseducation. The very existence of life in America for Blacks and other students of color is of itself #TraumaInformed. So overt racism, forms of bias and subtle microaggressions from teachers, masked as trauma informed practices, only serves to compound the systemic oppression of marginalized students.

Please do not misinterpret my suspicion as unfounded or without merit for the mere sake of disagreeing with a popular educational norm. Rather, my argument is not whether trauma actually exists or has a profoundly negative impact upon the Black, Indigenous, Latinx or Asian students upon which the pedagogical movement has been uniquely geared. On the contrary, I concede that traumatic incidents do in fact exist and can even be statistically proven to be intensified in the racially hostile and school-violence ridden era, which we are all forced to endure. My particular critique regarding the prevalence of the trauma movement is that it is experimental. I interrogate the value of any movement which imagines our teachers, easily the most overworked and underpaid of all career professionals, as mental health professionals capable of successfully navigating the myriad of professional obligations related to: teaching, learning, professional development, behavior management, curriculum, assessment and authentic evaluation; with the added responsibility of assuming UNQUALIFIED roles as psychologists equipped to deal w/ #TraumaInformed #SEL trends that effectively arms scores of uninformed, biased or racist teachers to further #miseducate and harm their Black (and other) students of color. Sheesh . . .

In the earlier cited Education Week article, “Howard Adelman, a psychology professor and co-director of the Center for Mental Health in Schools, said he’s skeptical that schools can provide enough training and resources to create effective supports for students with a history of trauma. For example…the journal of School Mental Health concludes that few models of trauma-sensitive schooling have been evaluated rigorously enough to prove they are effective” (Sparks, 2019). As a pertinent case in point, what if a students’ trauma-inducing triggers exist not at home (as commonly believed and reinforced by the deficit mindset), but at school or in society at large only when interacting with people outside their culture who fancy themselves liberal or empathetic, but nevertheless foster savior-complex beliefs and racist, classist, sexist behaviors which only serve to reinforce oppression? Please don’t assume that trauma is universal for all students of color. And even in cases in which trauma is a factor of a student’s prior experience, oft-times that trauma can be expressly linked to the living in America which boasts of a codified system of institutionalized oppression. As such, there is no illusion of trauma training as capable of engendering a “safe learning environment”, especially when schools are notorious for adopting every reform except that which addresses #AntiRacism and bridges the cultural divide existing between teachers and students.

As addressed in a previous blog post, because of the sheer demographics of America’s schools, i.e. the dearth of diversity, inclusion and representation amongst Black and all other teachers of color; reforms dependent upon fueling the savior mentality of White teachers while reinforcing the grave deficits of students of color is Hella problematic. In fact, the power dynamics of White women teachers and Black, Indigenous students of color are so skewed, that the prevalence of White, non-educator led innovations like the trauma informed movement is staggering and offensive, at best. At worst, this movement only serves to exacerbate the harm imposed from poorly run schools, wherein classrooms are individual islands of oppressive zones which otherwise perpetuate White supremacy and systemic oppression in every imaginable form. Implementation of the flawed and admittedly emerging trauma reform movement, does not empower teachers to more readily empathize with or build relationships with their students (as it seeks to do). In fact, once trauma informed practices are centered from the vital perspective of the students’ point of view, rather than that of the teachers’ trying to mitigate increasing behavior problems – one recognizes the potential implications of harm for Black students being asked to “unpack their trauma” at the behest of White teachers who are at the opposite end of the spectrum of oppression by virtue of their inherent White privilege. If continued to be implemented in such an irresponsible and roughshod manner, this movement will only ensure that teachers are even more conditioned to oppress, as they might be more apt to: ascribe special education labels, inform a universal belief in the inherent lack of students’ academic ability and/or inspire them to write off marginalized students altogether (as future criminals, riddled with incorrigible behavior issues stemming from their history of trauma). In other words, in its current iteration, the performative pedagogy of trauma informed practices in education exacerbates the problem of mis-education.

To the extent that the trauma informed movement and every trauma sensitive learning environment seeks to bridge the cavernous gap which exists between the dichotomous extremes of White women teachers and the Black and Brown students who comprise the classrooms across the U.S., I am in favor of all meaningful, positive, anti-racist, non-biased and student centered informed initiatives. If it means providing a quiet space for students who need a non-punitive timeout; offering food or snacks to hungry students or offering positive behavioral interventions and supports to students who most acutely suffer the effects of unrealistic and harsh zero tolerance policies, I am all for the universal implementation. There is an intentional emphasis upon universal here, because a troubling, recurrent theme is for these movements to be framed under the guise of an ideal way to mitigate trauma (exclusively for large populations of Blacks and other students of color), when in application these practices have been found to be just as problematic and #RacisAF as classroom enslavement re-enactments or “openly share your preferred pronouns, baggage and lifetime of traumatic experiences openly” so that I can prove that my classroom is a safe space trauma-inducing experiences. In terms of playing savior, Dr. or subscribing to trauma informed practices in uneven, discriminatory application in individual classrooms, teachers are doing much more harm than good and are well advised to just focus upon teaching. In order to be relevant, universally applicable and culturally appropriate, we must ensure that all such initiatives are research-based, academic integrity driven and foster the kind of federal funding which places the accountability for implementation upon well paid central office and building level administrators and certified, competent mental health professionals – NOT our teachers, who already shoulder the lion share of ALL of the accountability for teaching and learning. Do I believe that trauma informed practices can be at all effective, you might ask? Absolutely, I do. My rather scathing critique is based upon the visible harm I (and many others) have already noted in clueless application across classroom settings. As a federally funded reform, universally applied in all schools at the district level? I have every confidence that this movement can morph from its current distasteful form as a reform pimped from outside the pedagogical sphere – to a policy based reform driven by systemic change from within.

“Often, district policies need a complete overhaul to support trauma-sensitive schooling, said Timothy Purnell, a former superintendent in Somerville, N.J., who was named his state’s superintendent of the year in 2016 for launching trauma-sensitive practices in his district. It took nearly three years to review and rethink “every single policy, be it a school handbook or even a teacher’s classroom rules,” Purnell said “through the lens of, ‘Does this disconnect students? [or] … Does this give us the opportunity to treat a child uniquely and with respect?” (Sparks, 2019).

On the well resourced district level, superintendents, principals and especially school psychologists and social workers can guide the schools’ successful implementation of trauma sensitive practices. By definition, “Traumatic experiences can range from discrete events like living through a natural disaster to the ongoing stress of parental abuse or homelessness. Emerging research has found repeated exposure to trauma significantly increases children’s risks of later mental- and physical-health disorders, poor academic progress and behavior in school, and other problems” (Sparks, 2019). As countless articles, evidence and studies continue to acknowledge the pattern of the deleterious effect that traumatic events have upon school-aged children’s learning and social capacity, it is highly probable that the reach and impact of these movements will only expand in the future. This is understood and the challenge to ensure that such trauma reforms “Do No Harm” has been duly accepted. For those of us committed to #EducateToLiberate, we can only maintain vigilance that as reform movements are implemented, districts are prepared to ensure that their adoption of same is unbiased, beneficial and does not exacerbate the trauma of the marginalized students most readily impacted by mis-education. We must collectively ensure that the trauma informed movement does not increase Black students’ disproportionate diagnoses as disabled or otherwise contribute to their all-inclusive alienation from an educational system, hell-bent on their mis-education.