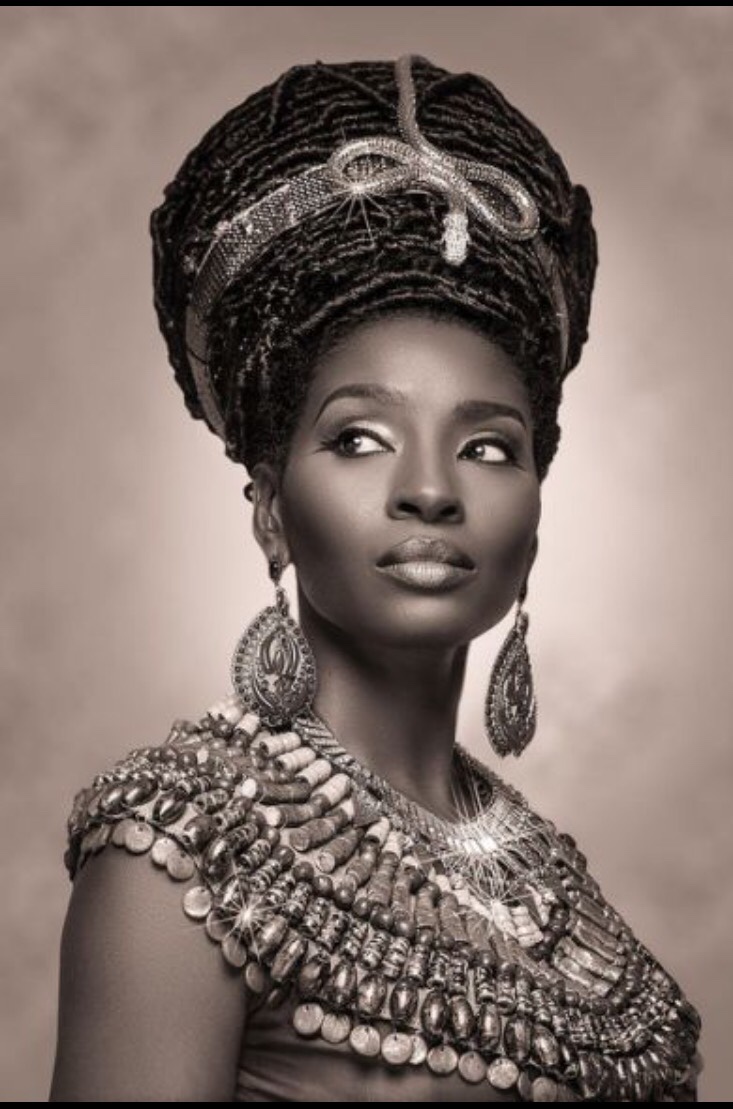 Queen of the universe.

Leader of the nation.

As Black women continue to emerge as dominant forces to be reckoned with in every conceivable industry from: government, academia, business, socio-economics and sports to entertainment – we are persistently underestimated by those outside of our elite ranks. Painfully viewed as sexual objects and second-class citizens by popular culture, it becomes increasingly incumbent upon us to dispel the grave misconceptions of the mass media, at every turn. Even more importantly, as an empowered demographic – Black women must successfully engage the reins of our vast power to ensure that our value is no longer neglected, denied or taken for granted by others. It is an inarguable fact that Black women unfailingly offer the world a unique, all-inclusive brand of unbought and unbossed leadership and a virtually unlimited scope of influence. However it is long overdue that we stop giving our power away and instead we must choose to invest in ourselves.

By race and gender calculations, we comprise the most educated ranks in America, and as such Black women continue to defy the odds in overcoming the unconquerable twin beasts of systemic racism and the age-old scourge of mis-education to occupy our hard earned seats of power and influence. Yet, despite our legendary climb to the top-there remains a ridiculously large gap in our salaries and corresponding opportunities in comparison to all other demographics. Black women are voting at higher rates than any other segment of the population and we are starting more small businesses, thus creating job opportunities and economic growth and development for communities around the country. Despite this affirming reality it often seems that the only unwavering, loyal companion and base of support for us has been our own Black man. For the enduring love, protection and support of our beloved Black men, we are admittedly and eternally grateful. However, as is our right to unapologetically declare: As Black women it is time to raise the bar of aesthetic symbolism to lay claim to the accompanying power which is our eternal birthright.

As such, we must embody the change and the so-called progressive agenda of this country, because far too often we are left on the sidelines of the critical discussions and impactful policymaking that disparately impacts us and the communities we support. Historically, our unique agenda as Black women has been co-opted by others who seek to leach off of our suffering and/or to benefit from the #Winning components of our wide-ranging, all-inclusive agenda. As a case in point, though the #MeToo branding and #MeTooMovement was launched by an empowered Black woman, Tarana Burke, in order to highlight the history of sexual assault and harassment of women, in particular Black women, dating back to the period of enslavement; this historic movement has been overtly highjacked by White women like Alyssa Milano, who comprise Hollywood’s elite and lack respect for and resonance within the community of Black women. Essentially, while the #MeTooMovement has notably made clear the insidious nature and prevalence of widespread sexual harassment and assault, it has also been exclusively centered on the objectifying experiences of White, affluent, and educated women – while rendering invisible the Black woman population for whom its very creation was inspired. We emphatically scream: no more . . .

We reserve the right to exercise the innate strength of our powerful voting bloc as much more than a grossly undervalued and expected ‘gift’ to the Democratic Party. No doubt, the national electorate blatantly takes for granted our commitment and loyalty (as a viable force to be reckoned with), and consistently fails to advocate on our unique behalf. We observe in absolute horror as the most recent, presumably democratic, midterm election is brazenly stolen from the grasp of Stacy Abrams in Georgia as the party (and entire country), sits idle and allows voter suppression tactics to prevail despite countless reports of immorality and illegal practices.

It is painfully apparent that Black women must resolve to use our unique body of adversity to inspire our Kujichagulia/self-determination in order to hone our storehouse of talent, skills and build our resilience as the most supremely qualified leaders of the nation. Further, we must use our platform to increase our collective visibility, share of our vast experience in overcoming adversity in order to inspire the next generation of Black women to resist an ascendancy to the mediocrity of Instagram fame. Instead we must vow to take up the challenges of advanced educational pursuits and leadership, because the toxicity of the current, White male centered society and poorly run government demands an antithetical and substantive approach to alter the present course of destruction. As the gap closes between Black women and the countless positions of leadership we continue to occupy, we must continue to be unbought and unbossed in our fierce display of power.

Despite the pervasive nature of institutionalized oppression and sexism and their accompanying double edged sword effects upon us, we must restore balance to the world around us, in only the way that the Black woman can accomplish. We acknowledge that we are the first, the literal mother of civilization and Queen of the universe. In this vein, we have an obligation to do more than merely seek parity with the men who overwhelmingly occupy America’s positions of leadership and power. On the contrary, we are obligated to exercise our influence to overcome our meager, underpaid positions of influence and power, while continually supporting and empowering our historic oppressors. Ultimately, we must increasingly wield the mass of power which has always been at our disposal as a demographic, but has just recently begun to be realized in our own behalf and on our own uncompromising terms. We readily acknowledge that for Black women it’s never been a glass ceiling but rather a concrete enclosure designed by man, to hold us back in every conceivable direction. I would like to reiterate the profound words of newly elected, Congressional powerhouse (D-MA) Ayanna Pressley who emphatically stated “you know what breaks through concrete? Seismic shifts”. True, indeed my sister.

Let us as Black women continue to shift the atmosphere, bless and nurture the people around us and shake the nation by shining our innate light upon ourselves at this pivotal juncture in history. Let us implement our unbought and unbossed brand of powerful leadership without restraint. Alas, WE are the ones we’ve been waiting for. Asé.