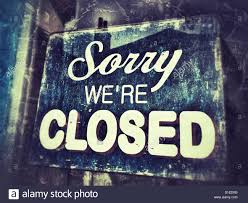 Given the overarching, national priority to return to school, as if educators have not been literally working ourselves to the bone since the onset of this global pandemic, there’s a clear public perception that if schools are not physically open that learning is not in progress . . . Well, teachers would beg to differ.

How bout you (meaning all y’all – outside education) consider that teachers’ and students safety is more valuable than the free childcare you clearly valued schools for in the first place? How bout you consider that the reality of learning differently: across a remote/virtual platform at a differentiated pace and with varying degrees of success, based primarily on social stratification and proximity to white privilege/resources/personalized learning access, does not equate to not learning at all. Honestly let’s say for the sake of argument that even if remote learning isn’t working as a model of success for most students – let’s be clear that the ONLY students for whom these results dictate your collective action do not look like me – thus, your rush to return still rings hollow for those of us for whom school was always a means to social advancement and freedom from oppression and not as merely custodial care of underaged children. You see, education has never been equivalent to childcare for oppressed people, even if it afforded the opportunity for working class people to assume employment, narrowly escape poverty and to assume our respective roles in a societal structure. Of course now that everyone is universally suffering and restaurants, brick and mortar stores, airlines and movie theaters/entertainment giants alike are suffering widespread bankruptcies, here’s a list of 67 such companies, you naively insist that schools rush to re-open. Oh really? Yeah, okay. See, it’s not lost on educators that President Biden and so many others have made re-opening schools such a priority not because everyone all of a sudden got a conscience or justifiably concluded that education is a universal salve to what ails us in the midst of white supremacist, government led coup’s and chemical/germ warfare killing hundreds of thousands of people. No, indeed. School is priority #1 because it is seemingly a sole means to ensure that Black, Brown and working-class white parents and families return to the subservient class of laborers to (once again) service your varying needs in this reprehensible model of an inequitable, capitalist society.

At some point, we must come to the inescapable conclusion that perhaps, the inequities laid bare by school in its current form as it now occurs in your living rooms, truly always existed and in many cases were only intensified in our previous, physically intimate form. So, a mere return to what was irreparably broken, unfit, insufficient and failing is no more logical than taking a collective bath, followed by an en masse fine dinner meal/movie trip (all without wearing a mask), simply because we miss it so and cannot afford to do without it. How about we don’t ever return to in-person schooling at all? How about educators not just in Chicago, but the world over simply say to clueless Mayor Lori Lightfoot and others: “no”, “not I”, “no más” and/ or “I quit” en masse? How bout y’all suggest, demand or even attempt to legislate that we do and we simply don’t, especially given the reality of working on the front lines in an apparent war against human sensibilities and the very sacrificial lives of educators, which is unlike what those outside of the profession could scarcely imagine. What’s inhumane in your asking, especially without consideration for our input you might wonder? Well, where to begin: there’s the dealbreaker in the reality that U.S. schools are overwhelmingly outdated, dilapidated buildings with air filter systems ill-equipped to halt the spread of a deadly virus. There’s the knowledge that classrooms are lifeless, soulless, institutional spaces that teachers, support staff and administrators have always somehow managed to bring alive through the combination of our own sweat equity, personally financed accoutrements and enthusiastic zeal and energy for life and for our poorly paid and yet beloved careers as educators. Mind you, none of these prior realities are conducive to our present-day nightmare so how bout showing teachers and school districts (especially urban ones) the money? How bout educators, students and their families are (scarcely) surviving a pandemic too. And many of us have heard the deafening whispers and mentions of countless colleagues, family and friends who have lost their lives to this deadly virus and we would never dream of, much less be moved by any external threats to putting our lives on the line daily, for an insufficient return to business as usual. Especially when doing so is clearly a means to merely ensure the semblance of this economy’s norms, through our free, poorly paid labor. How bout y’all have pushed us to the brink of extinction this time and teachers, support staff, administrators and countless critically thinking parents (who have now witnessed the farce known as the failing education system, up close and personal), simply say NO to the return to the norm you are now in pursuit of?!

Has anyone outside of education ever even considered the toll of your choices as imposed on our human reality and very real possibility that a return to business as usual in in-person school settings can/will never be retrofitted to meet the needs of a post-pandemic reality? Have you paused to consider that your vision of a widespread, nationwide return to in-person schooling will never happen at the pace or at the very least operate in the same underfunded and overpopulated manner in which it did in pre-pandemic form? Well, you had better start listening to teachers on public social media spaces, in our documented pleas in districts across the country as each of you (outside of our ranks) conveniently decides what uniquely works best for those of us in the rank and file. Perhaps the greatest testament to the failure of education in 2021 is that so many of these decisions are still driven by levers outside of those who matter most: the teachers, parents and students of the very institutions you are making large-scale decisions on behalf of. It would be utterly disastrous for K12 education to get to the point of an even more exacerbated state of emergency whereby certified teachers/admin, substitute teachers, students (the poorest most underserved in our midst, who you would like to see driven like lambs to the slaughter) are few and far between and/or not to be found in significant numbers at all to fill the quotas of your seats and positions and empty promises of normalcy. If we, the people, should decide that a return to business as usual is no longer feasible to US – and trust me it’s the us in educational decision making that counts – there had better be an alternative to what must happen to address the reality of post-pandemic education. Whatever schooling looks like from now to its future iterations, must of necessity include ALL stakeholders at the decision-making table and will never be legislated from outside our ranks. Otherwise, there’s a good chance that Chicago is merely the tip of an iceberg of Titanic proportions, IE: you ain’t seen nothing yet.

3 thoughts on “How About We Don’t Return to In-Person Schooling?”